In Kermanshah, like any other province, there are scenic and special areas, but only if you can identify these areas well, one of these areas is Migoreh or Meygoreh.

One of the best features of Migoreh area in Paveh city is that it is Yeylaq, meaning that people migrate to this area due to the intense summer heat. Therefore, life in this area is not stable and life is not possible with the onset of the cold season and will be habitable only in summer.

Due to the abundance of water in this area, its nature is also green. The villagers of Migoreh are very nice so you can have a good time in this area.

Most of the people in this area work in agriculture and animal husbandry, so you can prepare local food such as milk, buttermilk, local yogurt and so on.

Another aspect of beauty in this area can be considered the existence of a stone house that belongs to Hussein Koohkan. It took about twenty years to build this building.

The place where the stone house is located is on a rock that is about 30 meters long and about 12 meters high. To see the stone house, be sure to remember the name of the three ways of the sword. Signposts are placed where you enter.

This stone house was built by Khalo Hussein. It is known as Hussein Kuhkan in the twentieth century. In history, he has registered his name as Farhad Thani.

Khaloo Hussein went through many difficult years with constant problems. He lost a leg when he was young. Then, a few years later, his wife also died. Eventually he lost everything he had earned in life in the war. It was very difficult and unbelievable for him to bear these problems that suddenly happened to him, which eventually caused him to go to a mountain in the Migoreh region to escape from these problems, and to do so to calm himself.

There are 9 rooms in this stone cave, which are divided into four separate houses. The estimated height for them is more than 150 cm. Despite his body defects, he was able to build this stone house in Migoreh only with a tool such as a pickaxe made with local tools and also with his cane.

In addition to the stone cave, there are other places of interest, including the connecting Shuseh road between the Kermanshah highway to Paveh, and in addition, the route from Paveh to Bayangan is one of the advantages of this road.

Other amenities for attracting tourists include a relaxing, safe environment with basic facilities such as toilets. The road you enter is asphalt and there are also platforms for a few hours of rest along the way.

For the well-being of tourists, there are places for parking cars.

Souvenirs of this region

People who want to bring souvenirs from Migoreh with them, we can mention the local breads that are prepared hot. This bread is called saji.

Local Migoreh women sell their handicrafts, such as basket weaving.

Kalaneh is one of the oldest dishes that is still popular among the Kurds. Kalaneh is a kind of local bread, but the inside is filled with other ingredients.

Locals usually rub a little butter on it after cooking to soften it and then they taste it with local drinks like local dough.

Where is the address of Migoreh Paveh?

To go to this place, you must first go to the city of Paveh in Kermanshah. Then go to Bayangan in the southeastern part about seventeen kilometers from Paveh. This area is a section in which Migoreh is finally located in Baneh. Most locals who live in this area can show you the Migoreh area. 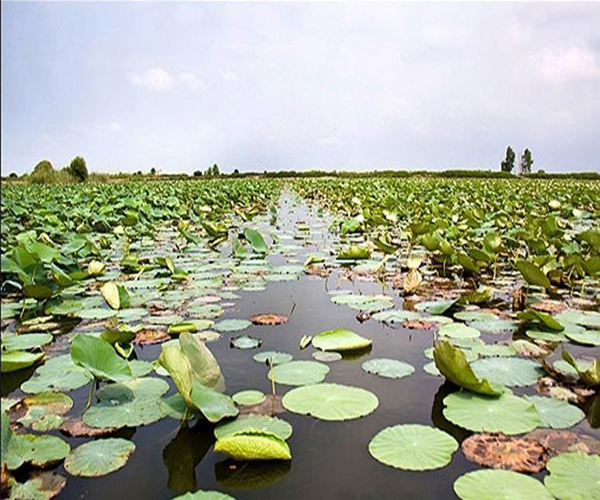